THANK YOU FOR SUBSCRIBING

Speed, Quality, Value (Yes, You Can Have All Three)

Today’s brands face incredible pressure to do more with less: there’s a need for always-on content spread across a vast number of channels to support. While this isn’t new, many traditional agencies still aren’t equipped to deliver that level of efficiency; many of them build businesses around a model based on tracking time spent rather than on success and attribution, stunting their ability to build long-term, collaborative relationships with clients.

The tailspin of the industry is well-documented. It’s the new-age, new-era advertising companies where industry action and growth is. In their “Predictions 2020: Agencies” report, Forrester Research urges that agencies finally disassemble what remains of their outmoded model and reassemble centralized structures and new capabilities strengthened by scaled data, technology, and creativity.

This includes “[leveraging] in-house production capabilities, networks of creators, and dynamic creative engines to begin building the capacity to develop hundreds of assets that yield thousands of dynamically built creative iterations” and “[using] partnerships and white-labeled tech stacks to power just about every media type to enhance their scaled production capacity.” Forrester’s proposed model demonstrates that future-forward agencies have the potential to become the content engine uniquely equipped to power any channel supported by the brand.

The days of eschewing digital-first content for the traditional “big idea” are over. But don’t take it from me, take it from the largest advertiser on the planet, Mark Pritchard, Global Chief Brand Officer, P&G. “We’re breaking down the boundaries of functions, and operating in a fast-cycle, integrated, multi-skilled way, where speed matters and where every aspect of the consumer experience is created from the start.”

Don’t get Mark (or me) wrong, but a (high quality) TVC can still be useful for broad reach for some audiences.
It is, though, ill-equipped to achieve the relevancy required by today’s consumers, who are trained to tune out information that doesn’t immediately purport to serve them. One need only look at a widescreen TVC awkwardly cut-down into a vertically consumed, 6-second social ad to see why it doesn’t work.

Efficiency isn’t just a matter of getting things done quickly. It’s about optimizing your media budgets at the same time. It’s a win-win situation for everyone.

What brands need to do instead is connect data and media strategy with creative ahead of moving into production. This enables a strategy for producing content that’s fit for the format, fit for purpose, and fit for the moment. While that might sound overwhelming for brands that aren’t fluent in the nuances of different channels and how users interact with them, this approach is often cheaper and more efficient.

Efficiency isn’t just a matter of getting things done quickly. It’s about optimizing your media budgets at the same time. It’s a win-win situation for everyone. Brands that take a more strategic approach to their channel strategy and integrate it into the earliest phases of the creative process can likewise optimize their production to drive results. Fit-for-format blows traditional creative out of the water in terms of results. To quantify that: on average, it’s typically above 30% - which is significant. 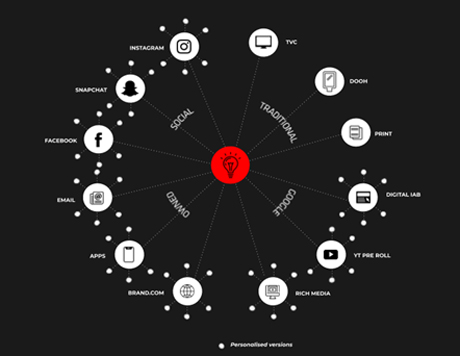 According to Dynamic Logic and Google, studies show, on average, that media placements only account for about 30% of a brand campaign's success while the creative drives 70%. While creative freedom is important, an impactful campaign comes only from testing out the channel strategy before putting the media spend behind it.

One might think that when it comes to speed, quality, and value, you can only have two of the three. But new partnership models empower brands to achieve all three — precisely when close collaboration is valued by both brand and digital partner, they can both enjoy a seat at the table during strategic planning, resulting in better quality work. For example, when both a media and agency partner join together early-on, that media plan serves as a starting point to strategize assets at scale, because your production team is equipped with the knowledge needed to economically produce content for each of the formats you already know you need, rather than cut things down as an afterthought. 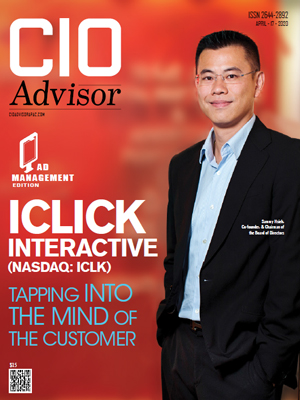 Enterprise Digital Transformation is not for the faint hearted: Guiding principles for a enterprise-wide digital transformation

Digital Transformation/Modernisation, It is a Continuous Journey

However, if you would like to share the information in this article, you may use the link below: